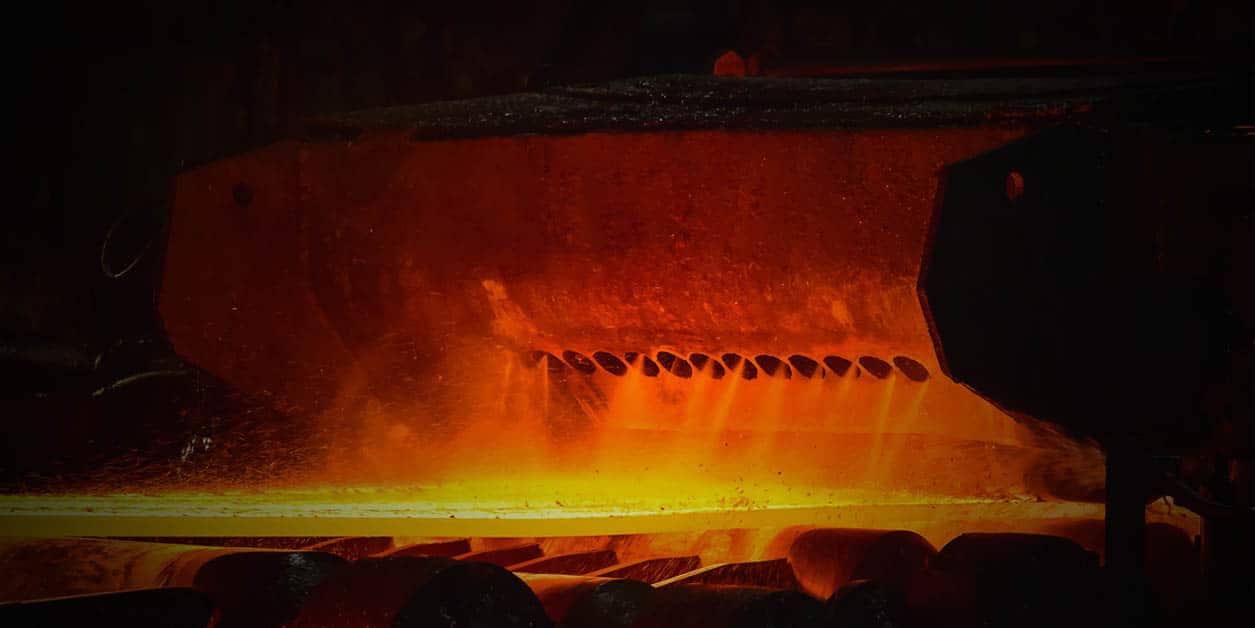 In what can be called the Modern Industrial Age, there’s metal all around us.  To list the litany of ways in which metal impacts our lives would take a lifetime.  With that being said, have you ever stopped to ponder how metal is shaped, formed, and treated for the desired outcome?  That broad definition can be summed in three words: metal fabrication processes.

Indeed, metal fabrication is an umbrella term that most people can’t wrap their heads around entirely.  Luckily, the experts at Meta Fab are here to help you develop a basic understanding of what this process involves in a little more depth.

Forging is a common practice for intricate metalwork.  The process involves using forced compression to achieve the desired shape.

Done by hand, forging involves heating metal to the point that it can be bent, shaped, and formed with the use of a hammer or die strikes.

One of the oldest forms of metal fabrication processes in existence, forging is still widely used by blacksmiths and fabricators for detailed and artistic work to this day.

Whereas forging metal is something that’s done by hand, casting is the process of pouring molten metal into a mold.  From there, it’s cooled to the point that it becomes hard.

Casting is widely accepted as the go-to process for mass-produced products where the same mold can be used over and over again with minimal variance in the final outcome.

Send us information on your next job – submit a quote request

This fabrication process utilizes tensile force to pull metal into a tapered die.  This stretches the metal into a thinner shape.

Drawing is most commonly used in sheet metal fabrication processes where the final product is a box-like or cylindrical vessel.

Just as the name would suggest, forming is the process of bending metal to the desired angle.  This is most often accomplished with a brake press that applies pressure to metal so that a crease is formed.

Other forms of folding can be done with the use of a hammer with clamp bars that hold the metal in place.

Machining is a subtractive shaping process that removes unwanted material to create a form.

Within this substrate, there are several different forms including drilling, turning, and milling.

Turning uses a lathe to rotate metal at a speed that allows cutting tools to remove the metal in a circular fashion.  A CNC machine is the most common tool used for turning and often involves precise measurements.

Just like it sounds, drilling uses a bit to protrude a hole in the metal.  Simple enough.

Lastly, milling is very common among the metal fabrication processes by which multi-point cutting tools remove metal from the workpiece.  CNC machines are also used for this process which normally functions as a final finish process to create a desired texture or appearance.

During extrusion, metal is forced between an opened or closed die.  Here, the piece of metal is reduced to the cross-section of the die.  As a result, a cavity is formed.

The end result is usually a cylindrical shape that’s common in piping or wiring.

One of the most versatile metal fabrication processes is cutting.  On the surface, the process is nothing more than cutting large pieces of metal into smaller ones.

Cutting is quite intricate and involved, however.  Technology like lasers, waterjets, power scissors, and plasma are all utilized to create exacting cuts.

Depending on the project, cutting is often the first, if not only, process used in fabrication.

This process creates holes in a workpiece.  Punch presses have specially designed turrets that hit the metal through a die to produce holes in specific locations.

Punching is used in both light and heavy metalwork.

Akin to punching, stamping involves creating indentations in metal, instead of holes with the use of a press or handheld hammer.

The most common applications for stamping are creating letters, shapes, and images.

Welding is the art of adjoining two or more pieces of metal through a mixture of heat and pressure.  This process is most common in large scale or industrial fabrication projects.

It’s popular because various pieces of metal can be conjoined no matter their shape or size.

Depending on the project, the most common types of welding include MIG, stick and arc, TIG, and flux-cored arc.

At MetaFab, we pride ourselves on being experts in many of the metal fabrication processes named above.  Furthermore, it’s our goal to help you understand how each process is carried out from start to finish.

If you have questions about a particular metal fabrication processes, or which one is best for your project, give us a call today.