USMCA – What Is It Anyway?

USMCA – What Is It Anyway? 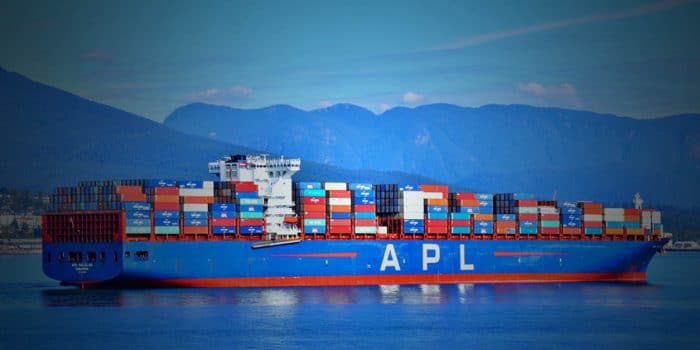 “What is the USMCA and How Does it Impact Manufacturers?”

The USMCA (United States Mexico Canada Agreement) is a bipartisan agreement that revises NAFTA signed 25 years ago.  The new/updated trade agreement is not wildly different from the original NAFTA, but does contain a few provisions that could impact US manufacturers.  Below I lead with analysis and summary of the USMCA followed by a breakdown of the new trade provisions.

The USMCA primarily impacts automakers, drug companies, and social media firms. While the US supply chain is favored because the law encourages domestic purchases of steel, it places a higher burden on companies to ensure their trade partners are operating legally. Mexico’s labor reforms place a higher emphasis on worker’s rights, which may result in increased scrutiny of Mexican suppliers. US buyers could see shipments blocked at the border or trade partners fined/jailed for violating worker’s rights so the impact could be very severe if buyers are not paying attention to how their trade partners operate.

Moreover, while the new $16/hour wage minimum may improve quality of life in Mexico, it also means that automakers trading with Mexico might need to reassess their budgets or pass costs onto consumers.  The choice to trade with Canadian suppliers might not be viable if wage standards in Canada are competitive. $16/hour is three times Mexico’s average pay, so US automakers may see a considerable jump in costs if they were primarily paying roughly $5.50 an hour.

Altogether, the USMCA places more emphasis on purchasing from US suppliers and increasing worker protections in Mexico.  Drug producers are not likely to see much changes, but consumers of certain biologic drugs will enjoy more access to cheaper alternatives.  Manufacturers are encouraged to speak with their trade associations and others in the supply chain to learn of any trends or changes that result from the USMCA.

What’s in the USMCA? 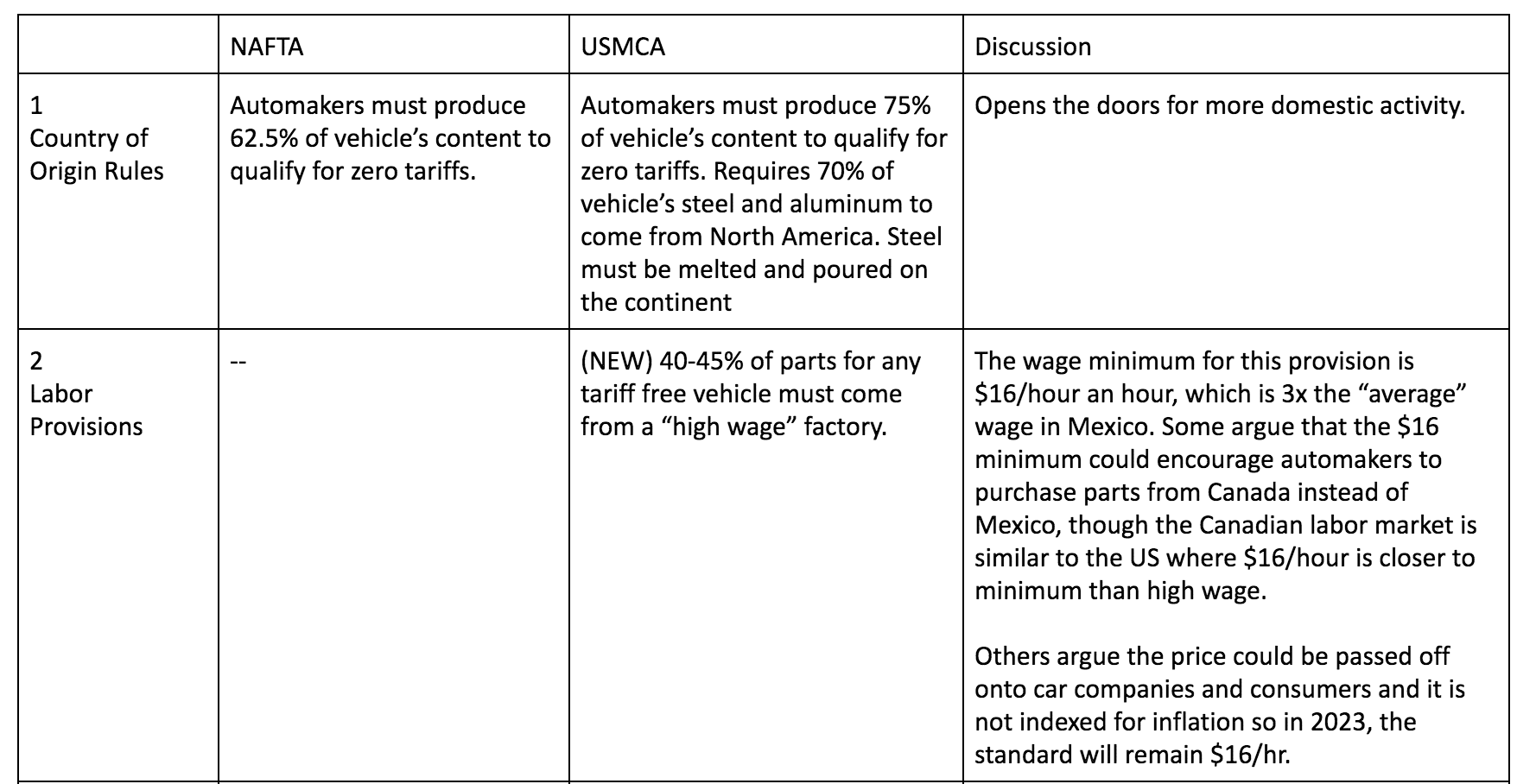 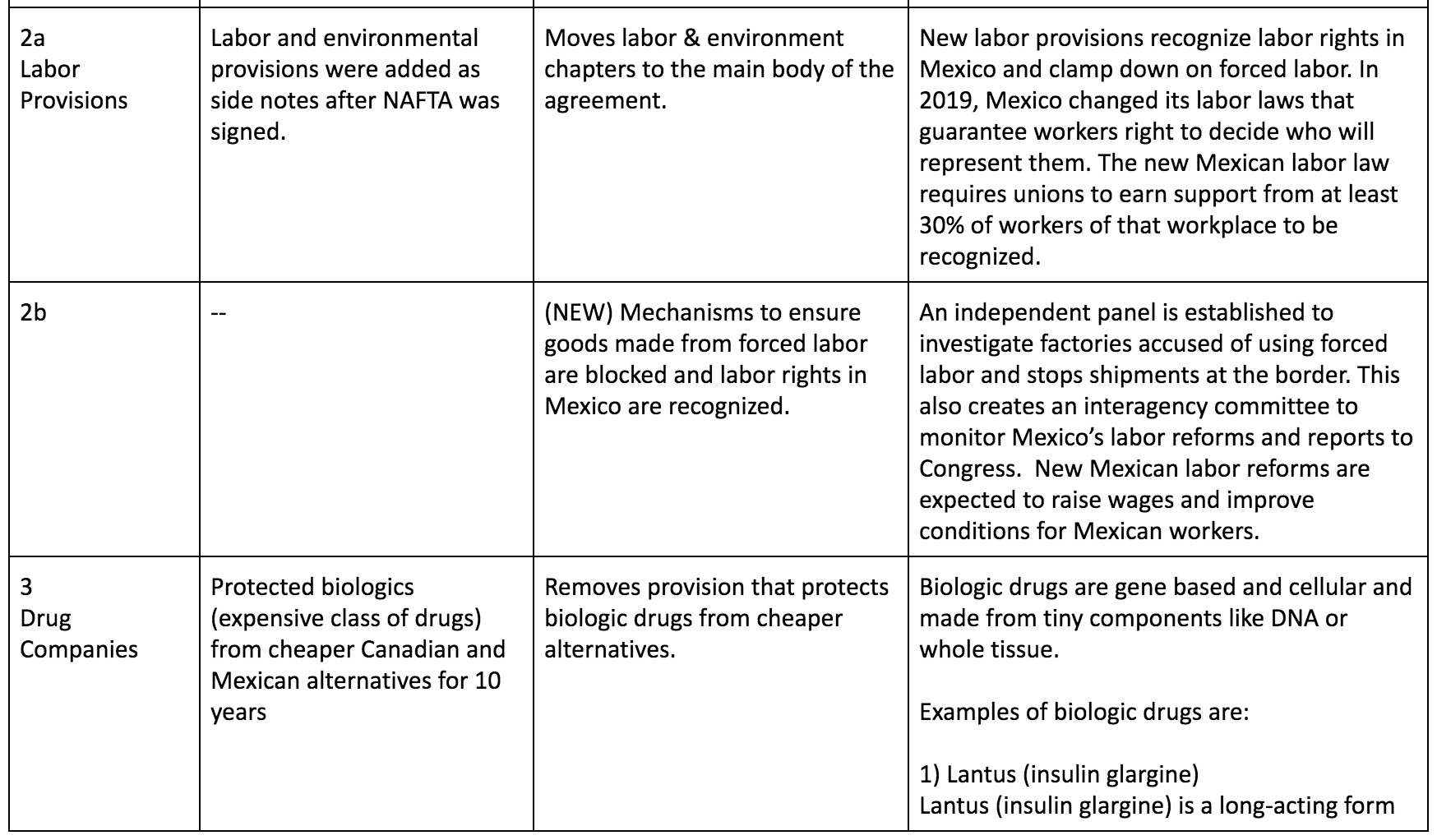 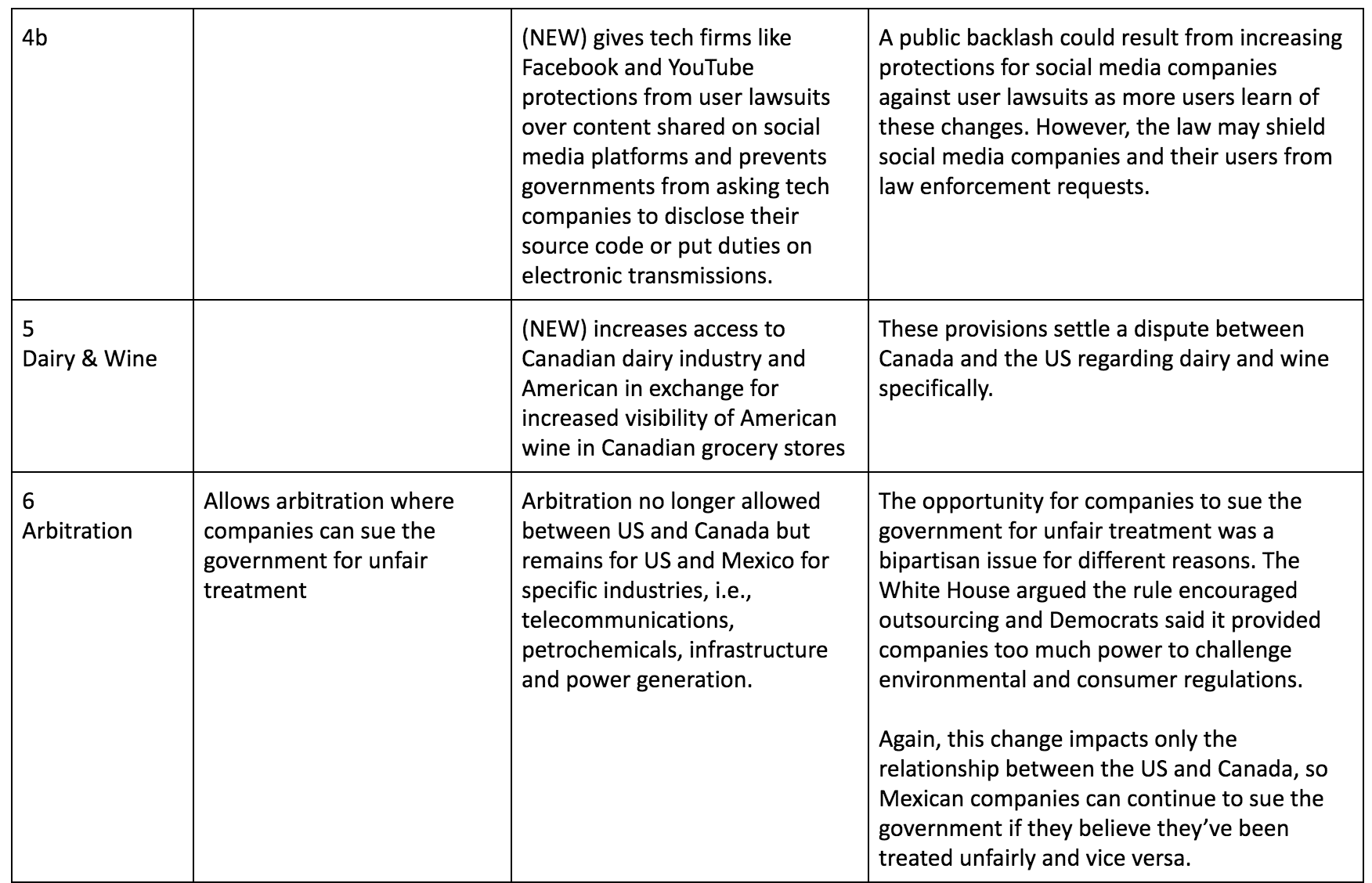